While the original space race between the former USSR and the United States ended in the mid-1970s, a new space race is emerging. It is fuelled by falling launch costs driven by rapid advances in computing and manufacturing technologies.

The Space Foundation reports that the global space economy rose to $447 billion in 2020, a 55% increase from ten years earlier. This growth shows no sign of abating. By 2030, 10,000 satellites are expected to be launched, five times the number in orbit today. The commercialization of Low Earth Orbit (LEO) satellites will fuel a range of space services in communication, navigation, and research.

Hall Effect Thrusters were first employed on satellites in the 1970s. They use electric power to generate thrust. Electric propulsion systems have higher exhaust velocities than chemical propulsion systems. Thus, they require less propellant. Based on a discovery by Edwin Hall, HETs use ionized propellant to generate thrust. For this reason, they are also known as ion thrusters. 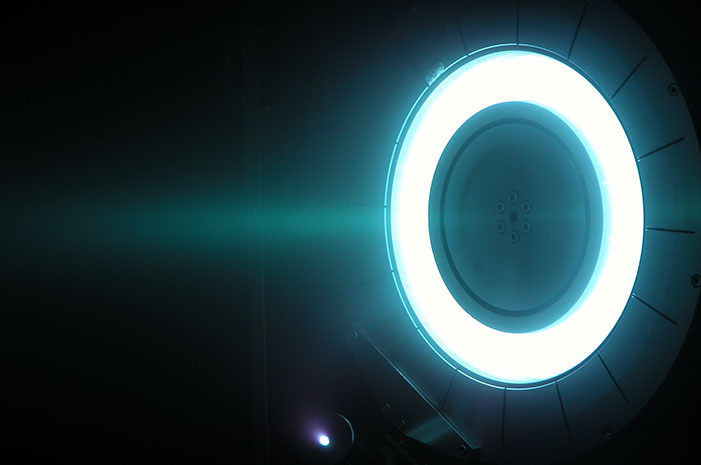 Electrons emitted from the cathode travel towards the anode. Their motion is controlled by the magnetic field. From the anode, an inert gas (usually Xenon) is injected into the plasma chamber. There, it is ionized by the electrons. Since the plasma chamber comprises two dielectric coaxial cylinders, the ionized gas accelerates and generates thrust.

Considering the extreme operating conditions, the wall of the plasma chamber is manufactured from a heat-resistant, electrically insulating ceramic material, typically boron nitride.

Boron nitride ceramics, on the other hand, are high-performing machinable ceramics. They combine exceptional heat resistance, superior thermal conductivity, and high dielectric strength with chemical inertness that support the most demanding industrial applications.

Boron nitride components are ideal for the optimal operation and durability of plasma chambers in Hall Effect Thrusters. They provide: 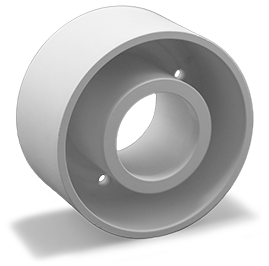 These ceramics are uniquely adapted to plasma environments. Their resistance to spluttering extends the longevity of components. And their low propensity to generate secondary ions preserves the propulsion efficiency of thrusters. Therefore, boron nitride ceramics contribute to the optimal operation of Hall Effect Thrusters while also extending their lifetime.

Saint-Gobain specializes in boron nitride ceramics that achieve exceptional performance in a range of demanding industrial applications. The use of these components in the discharge channels of Hall Effect Thrusters is essential. Furthermore, our boron nitride has been extensively validated by NASA, and our solutions are fielded in a range of satellite thrusters in orbit today. They have become the benchmark for thrusters with a range of grades offering a choice of key characteristics. These include:

Refer to our machinable ceramics page for more information on our various boron nitride grades.